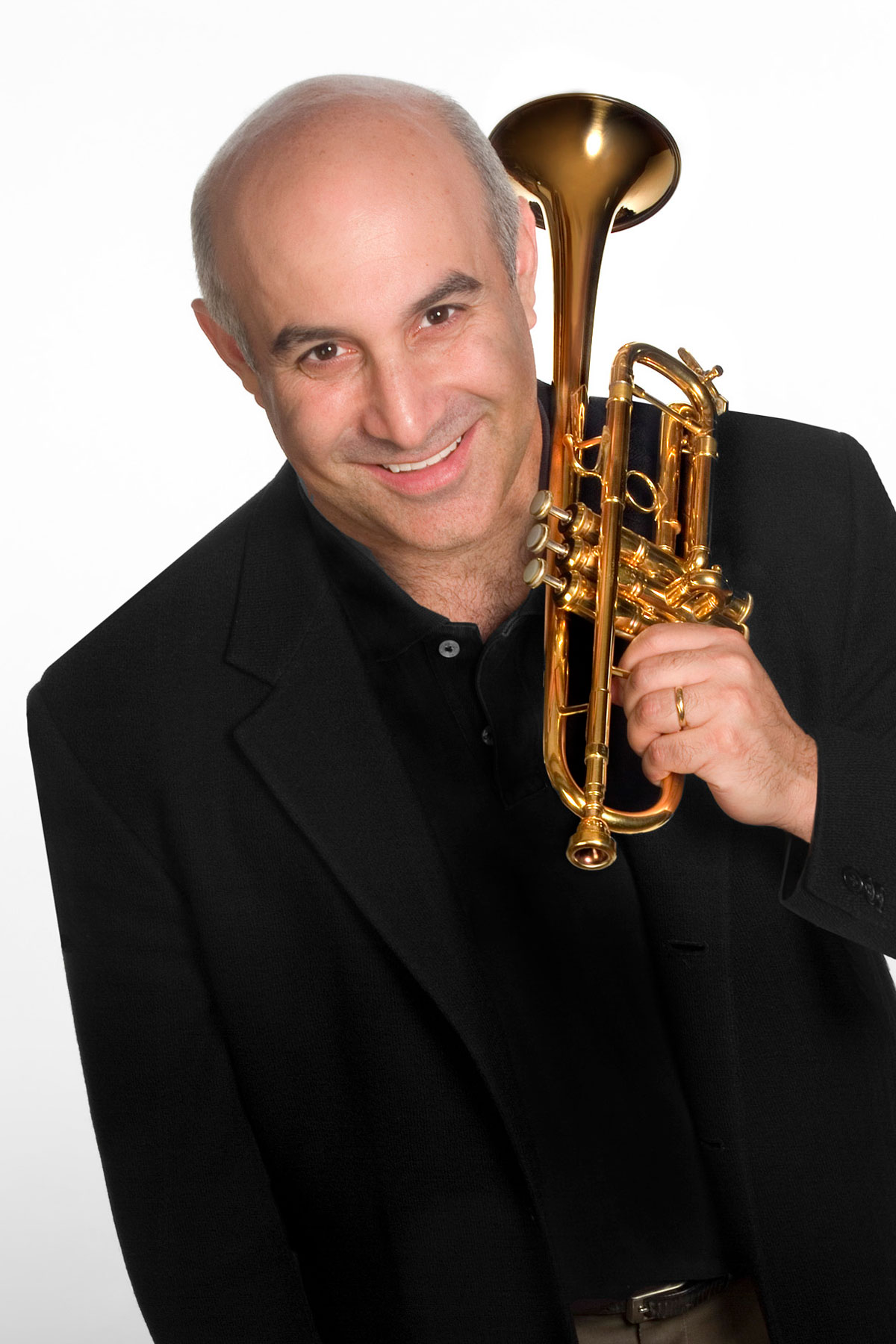 Michael Sachs joined The Cleveland Orchestra as Principal Trumpet in 1988. Praised by critics for his “spectacular chops,” and “radiant tone,” he is recognized internationally as a leading soloist,
recitalist, chamber musician, teacher, author and clinician. Celebrating his 33rd season with the orchestra, Mr. Sachs is the longest serving Principal Trumpet in the history of The Cleveland
Orchestra.

Michael Sachs is frequently featured as soloist with The Cleveland Orchestra. Among the twenty-four different solo pieces he has performed with the orchestra, highlights include the 1996 world premiere of John Williams’ Concerto for Trumpet, commissioned by The Cleveland Orchestra for Mr. Sachs, with Music Director Christoph von Dohnanyi conducting, the United States and New York premieres of Hans Werner Henze’s Requiem in Carnegie Hall in 2000, also with Mr. Dohnanyi conducting, the March 2012 world premiere of Michael Hersch’s Night Pieces for Trumpet and Orchestra, commissioned by The Cleveland Orchestra for Mr. Sachs, with Giancarlo Guerrero conducting, and the August 2012 world premiere of Matthias Pintscher’s Chute d’Etoiles (Concerto for Two Trumpets), commissioned by The Cleveland Orchestra for Mr. Sachs and Jack Sutte, with Music Director Franz Welser-Moest conducting at the Lucerne Festival, with subsequent performances at the Salzburg Festival and Carnegie Hall. Mr. Sachs has also appeared as guest soloist with numerous orchestras and chamber groups, including the Houston Symphony Orchestra, the Louisiana Philharmonic Orchestra, the Auckland (New Zealand) Philharmonia, The Janacek Philharmonic Orchestra (Czech Republic), San Diego’s Mainly Mozart Festival, and the Chamber Music Society of Lincoln Center. Mr. Sachs can be heard on over 175 recorded works with The Cleveland Orchestra, including featured performances of Stravinsky’s Histoire du Soldat, recorded for Deutsche Gramophone with Pierre Boulez, and Ives’ The Unanswered Question, recorded for London/Decca with Christoph von Dohnanyi. In 2005, Mr. Sachs performed a recital of music for trumpet and organ with Todd Wilson as part of Severance Hall’s Organ Recital Series. The recital was recorded and was released on CD by the Musical Arts Association (parent organization of The Cleveland Orchestra).

In addition to his orchestral duties, each summer since 2015 Michael Sachs serves as Music Director of the Strings Music Festival in Steamboat Springs, Colorado. His duties each year in Steamboat include performances as soloist, as well as conductor of the festival’s chamber orchestra. In November 2017, Mr. Sachs made his guest conducting debut with the Reno Chamber Orchestra, conducting a program of works by Mendelssohn, Hummel, and Mozart as well as performing as both conductor and soloist in Hummel’s Trumpet Concerto in E Major. Mr. Sachs was also extensively involved in the planning of the National Brass Ensemble concert, recording, and DVD project for June 2014 involving music of Gabrieli, Copland, and a new work by John Williams. This project featured principal members of The Cleveland and Philadelphia Orchestras, Boston, Chicago, and San Francisco Symphonies, and New York and Los Angeles Philharmonic brass sections.

Along with his active performance schedule, Mr. Sachs serves as Head of the Trumpet Department at the Cleveland Institute of Music. Starting in the Fall of 2018, he will be joining the Trumpet Faculty at the Bienen School of Music at Northwestern University. In addition to serving on the faculty of leading summer festivals, including the Aspen Music Festival, Blekinge International Brass Academy, Domaine Forget, Eastern Music Festival, Grand Tetons Music Festival, National Brass Symposium, National Orchestral Institute, Summer Brass Institute, and Summit Brass, Mr. Sachs regularly presents master classes and workshops at conservatories and major universities throughout the United States, Europe and Asia as a clinician for the Conn-Selmer Company (makers of Bach trumpets). At the invitation of Sir Georg Solti, he served as Principal Trumpet/Instructor in the Solti Orchestral Project at Carnegie Hall. He is the author of Daily Fundamentals for the Trumpet and Mahler: Symphonic Works, Complete Trumpet Parts, both published by the International Music Company. Additionally, Mr. Sachs has also written 14 Duets for Trumpet and Trombone, co-authored with Principal Trombone of the New York Philharmonic Joseph Alessi, as well as contributed forewords to Rafael Mendez’s Prelude to Brass Playing and The Herbert L. Clarke Collection, all published by Carl Fischer Music. His most recent project, The Orchestral Trumpet, is a 176-page comprehensive book and CD overview of standard orchestral trumpet repertoire. From 2008-2014 Michael Sachs served as editor of the “Inside the Orchestra Section” column for the International Trumpet Guild journal. In 2009-10, Mr. Sachs was extensively involved in the acoustic design and play testing for the creation of the Artisan line of Bach Stradivarius trumpets, and most recently in 2018-19 the new 190 Bach Stradivarius C Trumpet and new 25M leadpipe.

Prior to joining The Cleveland Orchestra, Mr. Sachs was a member of the Houston Symphony Orchestra, where he also performed with the Houston Grand Opera and served on the faculty of
Rice University’s Shepherd School of Music. He has performed with many ensembles in New York City including the New York Philharmonic, Orchestra of St. Luke’s, the New York Chamber Symphony, The New York Choral Society, Boys Choir of Harlem, and Speculum Musicae. Mr. Sachs has been involved in a wide range of media events including performances on CBS This Morning, The Kennedy Center Honors, and The Heroes of Conscience Concert for PBS. Additionally, he has performed the national anthem at numerous Cleveland Indians baseball games including the last game at Cleveland Municipal Stadium, four opening days including the first game at Jacobs Field, (now Progressive Field), and three playoff games.

Originally from Santa Monica, California, Michael Sachs attended UCLA, where he received a Bachelor of Arts degree in History before continuing studies at The Juilliard School of Music. His former teachers include Ziggy Elman, Mark Gould, Anthony Plog, and James Stamp.