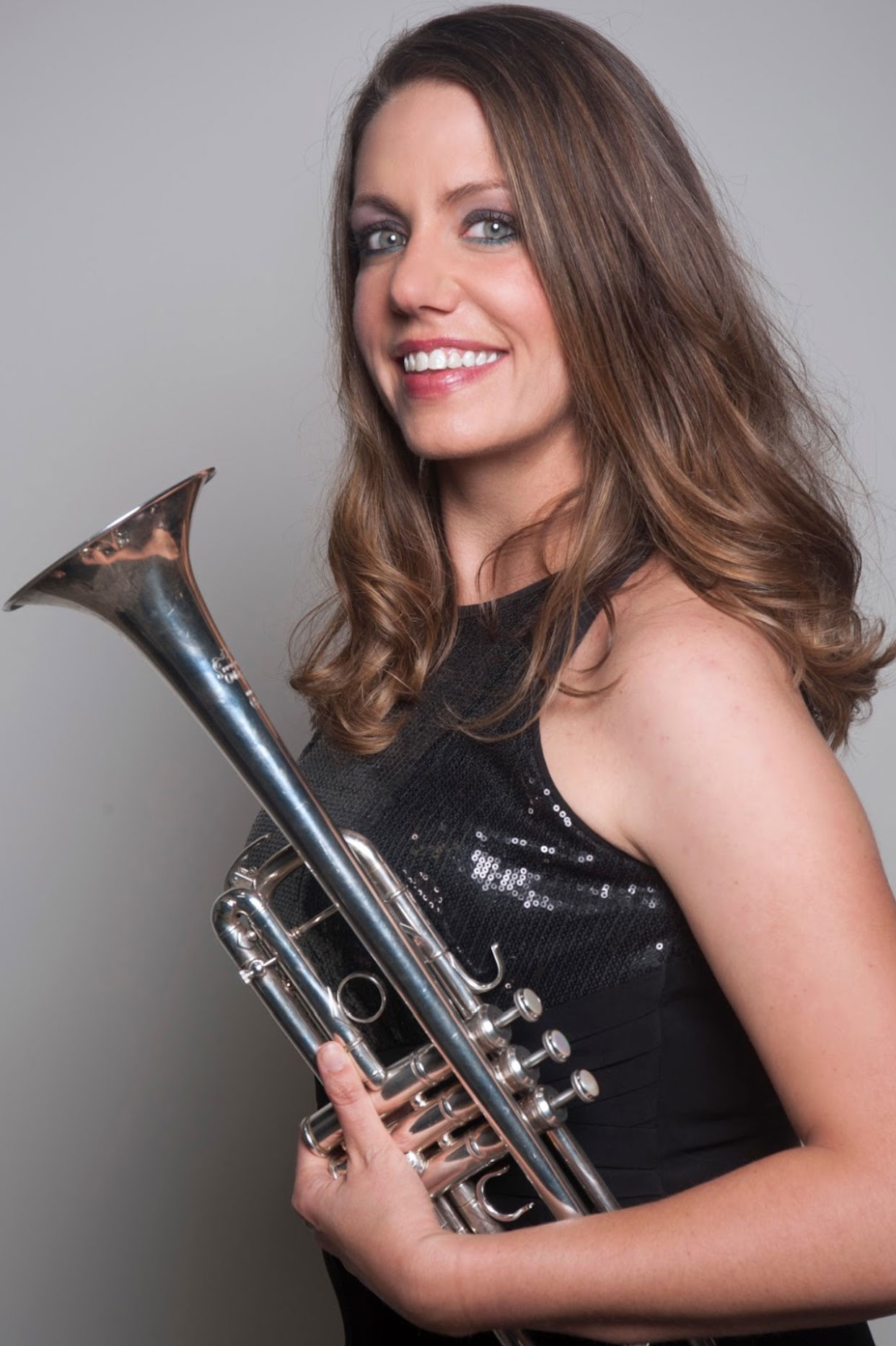 Whether playing suspended in midair on the Broadway stage or soloing on the Symphony Hall stage in Chicago, Amy McCabe enjoys performing in a variety of capacities. She was most recently a solo recitalist in Prague, Czech Republic and at the World Music Contest in Kerkrade, Netherlands. She has frequently been a featured recitalist at the International Trumpet Guild conference, the International Women’s Brass conference, and was a featured soloist with the National Youth Brass Band of Great Britain in London’s Regent Hall. In January, Amy also recorded the premiere of Fernande Decruck’s Concerto for Trumpet and Horn, “Poeme Heroique”, with the Jackson Symphony.

Amy is currently Co-principal Trumpet with The “President’s Own” United States Marine Band, and has completed three national and international concert tours as a soloist in addition to her duties in Washington DC at the White House and Arlington National Cemetery. She is also an active chamber musician, and recently recorded the world premiere of Eugene O’Brien’s Elegy to the Spanish Republic with the 21st Century Consort in addition to facilitating the premiere recording of Florence Price’s “Octet for Brass” with the Barclay Brass. Amy has also performed with the New York Philharmonic, the Pittsburgh Symphony, and has performed as principal trumpet with the National Symphony and the St. Louis Symphony. She recently also performed as principal trumpet on the premiere of Augusta Reade Thomas’s “Far Past War” with the Cathedral Choral Society. On the Broadway stage, Amy was the “Loss” soloist in the first National and Japan touring cast of the Tony and Emmy-award winning show, “Blast!” in addition to touring with pop artist Michael Bolton on a national tour. Amy was also a member of the Chicago Civic Orchestra, a fellow at the Tanglewood Music Festival, Spoleto Music Festival, Pine Mountain Music Festival, Artosphere Festival and was a member of the Walt Disney World Collegiate All-Star Big Band.

Amy holds a degree in elementary education from Illinois Wesleyan University studying with Steve Eggleston and Judith Saxton, and a Master’s degree in trumpet performance from Northwestern University, studying with Barbara Butler and Charles Geyer.

In her free time, Amy greatly enjoys volunteering with Sound Impact, a chamber music group dedicated to positive social change through authentic community engagement, and the Boulanger Initiative, dedicated to promoting music composed by women. She is also committed to encouraging her new rescue dog, Mojo, to sing along with the trumpet.