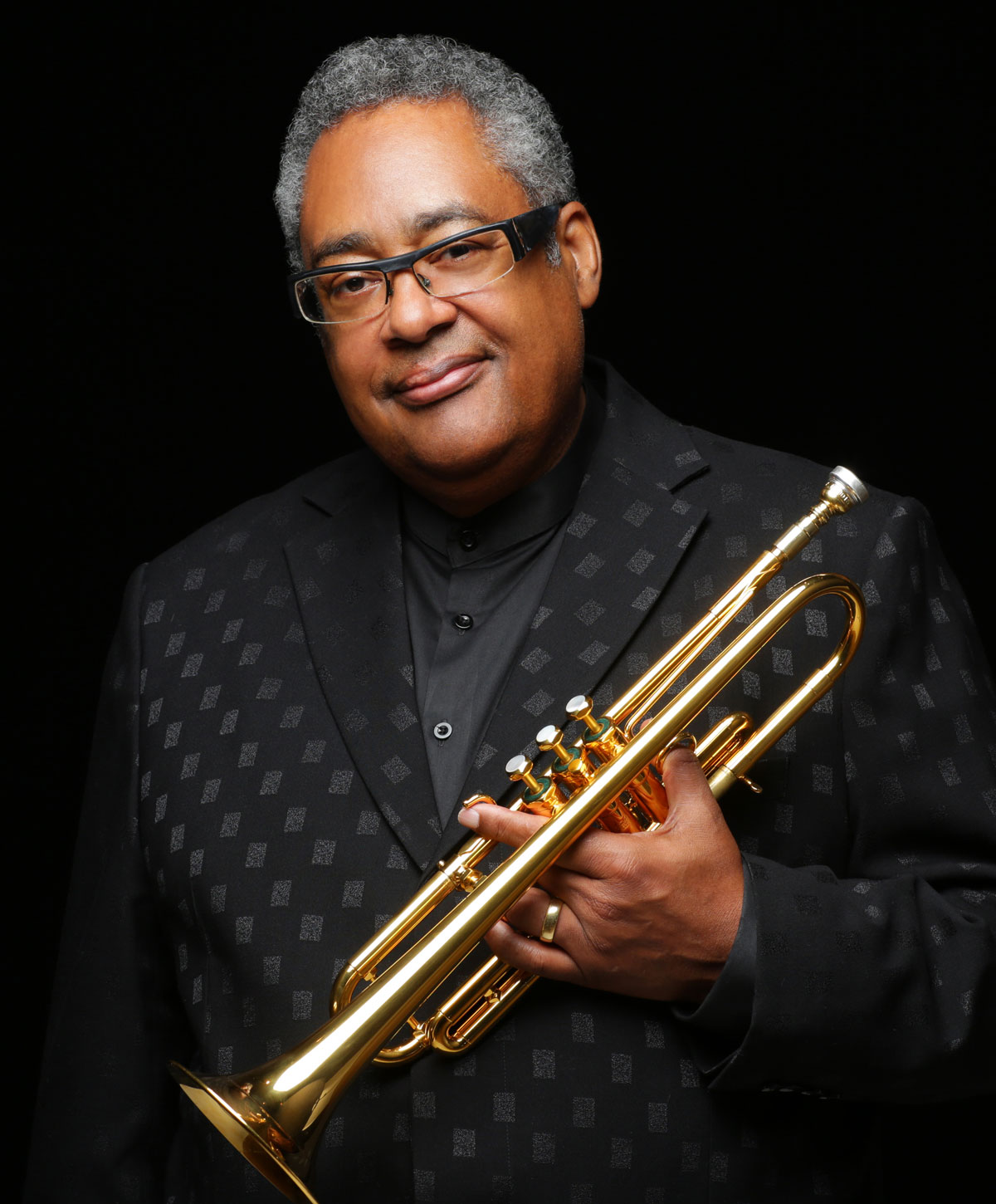 Jon Faddis is a complete and consummate musician – conductor, composer, and educator.
Marked by both intense integrity and humor, Faddis earned accolades from his close friend and
mentor John Birks “Dizzy” Gillespie, who declared of Faddis, “He’s the best ever, including
me!” As a trumpeter, Faddis possesses a virtually unparalleled range and full command of his
instrument, making the practically impossible seem effortless.

Born in 1953, Faddis began playing at age seven, inspired by an appearance by Louis Armstrong
on the Ed Sullivan Show. Bill Catalano (an alumnus of the Stan Kenton band) hipped Faddis to
the music of Dizzy Gillespie. Meeting Dizzy Gillespie at the Monterey Jazz Festival and then
sitting in with him at the Jazz Workshop in San Francisco proved to be a pivotal beginning of a
unique friendship between Gillespie and Faddis, one that spanned almost three decades. Two
days before his 18th birthday, Faddis joined Lionel Hampton’s band as a featured soloist, moving
from Oakland, CA to New York. Shortly after arriving in Manhattan, Faddis was invited to sit in
with the Thad Jones/Mel Lewis Orchestra at the Village Vanguard; he rapidly became lead
trumpeter for the band, touring the world. He soon formed his own quartet, and began directing
orchestras, including the Grammy-winning United Nation Orchestra, the Dizzy Gillespie 70th
Birthday Big Band, the Dizzy Gillespie Alumni All-Stars, the Chicago Jazz Ensemble
(2004-2010), the Carnegie Hall Centennial Big Band, the Carnegie Hall Jazz Band (1992-2002),
and the Jon Faddis Jazz Orchestra of New York (2003-present). Faddis has also served as guest
conductor and featured guest with the Lincoln Center Jazz Orchestra.

Faddis’ distinctive trumpet appears on hundreds of records and numerous soundtracks for film
and television. Faddis’ original compositions include the Jazz opera Lulu Noire (1997) (named a
“Top 10” pick by USA Today); other Faddis compositions may be heard on his Grammynominated
Remembrances (Chesky 1998), Hornucopia (Epic 1991), Into the Faddisphere (Epic
1989), and TERANGA (Koch 2006).

Faddis is known as one of the most innovative and inspiring jazz trumpeters of our time. He has
an unfailing commitment to the education of young musicians and frequently conducts clinics
and mater classes worldwide to help the next generation of jazz musicians. In Chicago, Faddis
served as the Jazz Institute of Chicago’s first mentor for the Jazz Links program and also created
the Louis Armstrong Legacy Program. Faddis is a full-time faculty member at the Conservatory
of Music, Purchase College-SUNY, where he began in 1999 as Artist-in-Residence, becoming
shortly after Professor and Director of Jazz Performance. Faddis holds the first-ever honorary
doctorate in Jazz from Manhattan School of Music (which he attended for about a semester when
he was 18), as well as numerous other accolades and awards.

Whatever the context – classroom or concert hall – and whatever the style, Jon Faddis epitomizes
the best in Jazz.