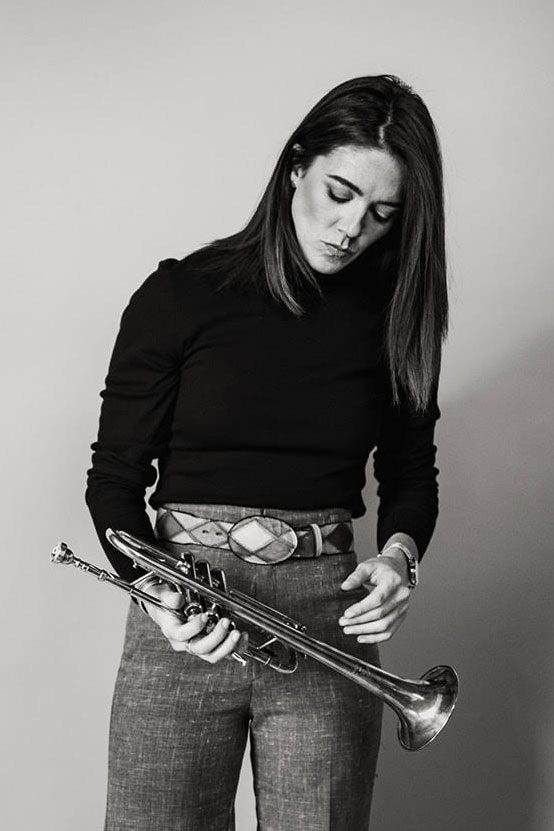 Karin Bliznik, from Brockton, Massachusetts, joined the Grammy Award winning Saint Louis Symphony Orchestra as Principal Trumpet in September 2013. Prior to joining the SLSO, she held the Associate Principal position in the Atlanta Symphony as well as Principal positions with the Santa Fe Opera, Charlotte Symphony, and the Charleston Symphony.

Karin received her Master of Music degree from Northwestern University, where she studied with Barbara Butler, and Christopher Martin of the Chicago Symphony Orchestra. She earned her Bachelor of Music degree from Boston University, studying with Terry Everson, and Thomas Rolfs of the Boston Symphony Orchestra. Karin has performed with a wide range or artists covering many genres such as pop artists Stevie Wonder, Kayne West, and the Temptations, to world class orchestras including the New York Philharmonic, Los Angeles Philharmonic, and the London
Philharmonic. She has recently been voted to the board of the Recording Academy Memphis Chapter and has launched her new record label, Tower Grove Records, aimed at making both solo and chamber recording accessible to the classical community and highlighting cross-genre creativity.

Karin is a brass coach with the National Youth Orchestra of the United States of America through Carnegie Hall’s Weill Music Institute in New York City. She has also spent several of her summers teaching and performing at the Aspen Music Festival and School. This past summer, Karin joined faculty at the National Orchestra Institute as well as the New England Virtual Trumpet Seminar. Continuing the tradition of classical music by educating the next generation is a life-long goal. In Atlanta, Karin was an artist-in-residence at Kennesaw State University, and on faculty for the Talent Development Program and Atlanta Symphony Youth Orchestra. She continues that tradition as a brass coach with the Saint Louis Symphony Youth Orchestra and has
worked with St. Louis’ El Sistema “Orchestrating Diversity” program. Karin has appeared in performances and masterclasses at the National Brass Symposium, the National Trumpet Competition, the International Trumpet Guild Conference, the Midwest Clinic International Band and Orchestra Conference, and the International Women’s Brass Conference.