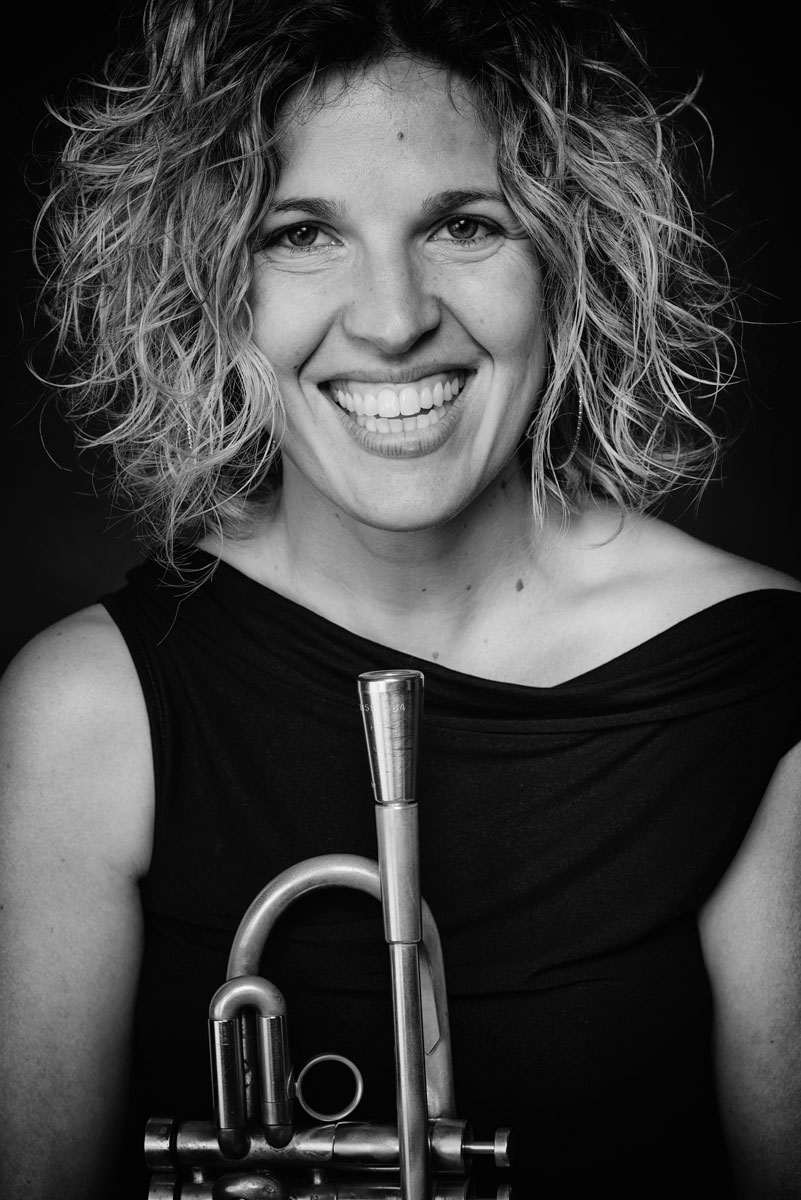 She was accepted in the New England Conservatory of Boston, where she obtained a scholarship. Prominent student of Charles Schlueter, she obtained the Brass Department Award and the Honourable Mention as a soloist, as well as the Honor Brass Quintet award.

She had her very first orchestral experience as a member of JONC (Jove Orquestra Nacional de Catalunya).

She joined the Orquesta Ciudad de Granada in 2001 as a trumpet soloist until 2004, when she got her current position at the Barcelona Symphony Orchestra OBC.

She has played with major musicians like Christian Zaccharias, Jaime Martín, Yuja Wang, Martha Argerich, Janos Kovak. In August 2015 she performed a Mathias Pinchter piece in the Festival Graffenegg, conducted by the composer himself.

The fact of trying to explore all the possibilities of the trumpet has led her to play with different chamber music ensembles like her duet with the pianist Mercè Hervada, performing original music for trumpet and piano in festivals of different countries.

Due to her versatility she often explores new fields like improvised music, appearing with major jazz musicians like Llibert Fortuny (saxophone) and Manel Camp (piano) in Jazz Nadal and Jazz Bach projects.

She regularly teaches in young orchestras such as JONC and JONDE (Joven Orquesta Nacional de España). She has also given master classes at Spanish and European superior conservatories. She has been invited to be a member of the jury for trumpet and chamber competitions such as ARD.

As a good and sensitive communicator, she is often invited to give interviews and to appear in many media programs.

The JCI (Junior Chamber International) gave her the Young Award. She also owns the TOYP (The Outstanding Young Person) prize for her successful cultural activity.