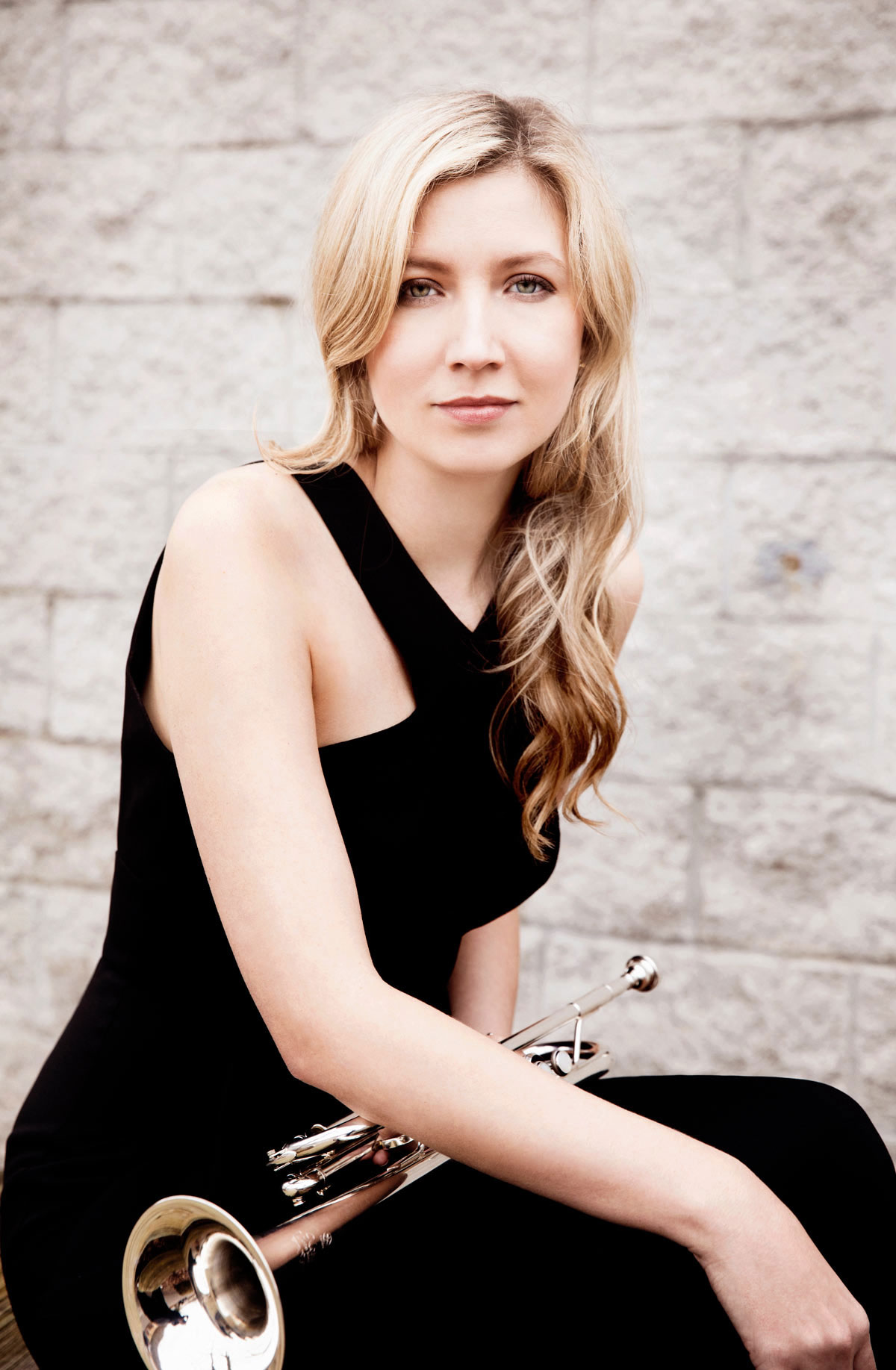 Classical Trumpeter and Gold Medal Global Music Award Winner Mary Elizabeth Bowden has been described by Gramophone Magazine as “brilliant” and “radiant in new repertoire for trumpet.” Bowden, a Yamaha Performing Artist, is highly regarded for her artistry and virtuosity as a soloist, and has been praised for the clarity, purity and power of her sound. Bowden released both her second solo album, Rêverie (with the Kassia Ensemble), and her debut album, Radiance (featuring new American works), on Summit Records. Bowden is a 2020 Opus Klassik Awards Nominee in 3 categories: Instrumentalist of the Year, Young Artist of Year, and Instrumental Soloist. Rêverie was featured as one of the Top Albums of the Year for the Global Music Awards and on Textura Magazine’s Top Ten Classical Albums of the Year. She has been featured on MPR’s “New Classical Tracks” with Julie Amacher, which is being aired on NPR stations across the United States.

Bowden’s recent performance highlights include the premiere Vivian Fung’s “Concerto for Trumpet and Orchestra” with the Erie Philharmonic. This is the first by a North American female composer for a female trumpet soloist, and was awarded a New Music USA grant. Future dates for this commissioned concerto for Bowden include performances with the Anchorage Symphony, Santa Fe Symphony, Anchorage Symphony, Waynesboro Symphony, San Jose Chamber Orchestra, Chicago Youth Symphony Orchestra, Shenandoah Conservatory Orchestra, and San Diego State University Orchestra. In 2021, Mexican composer Gina Enríquez Morán will write a new concerto for Mary to be premiered by the World and European Brass Association. Bowden is slated to perform Ellen Taaffe Zwilich’s “American Concerto” with the Las Vegas Philharmonic in 2021. She is on the Allied Concert Services roster for Spring 2021 to tour extensively with the Kassia Ensemble. In the 19-20 Season, Bowden gave the Spanish premiere performance of James Macmillan’s “Seraph” with the Orquesta Filarmónica de Gran Canaria at the Maspalomas International Trumpet Festival in Gran Canaria, Spain. She made her German debut in Eisenach at the Wartburg Castle and her French debut at the Château de Courances, both through the World and European Brass Association. She made her Russian debut with a performance in Sochi with Otto Sauter’s 10 of the Best.

Bowden is the First Prize winner of the International Women’s Brass Conference Trumpet Competition. She is also the 2nd Prizewinner of the 2019 American Prize in Instrumental Performance. She has performed as a soloist with China’s Hunan Symphony Orchestra at the Hunan Spring Festival Concert, Montana’s Big Sky Festival, Evansville Philharmonic, Peninsula Symphony (California), Laredo Philharmonic Orchestra, Croatian Army Wind Band at the Velika Gorica Brass Festival, Chameleon Arts Ensemble (Boston), Festival Amadeus Strings (Montana), Springfield Symphony (Missouri), Naples Symphony, Fifth Avenue Chamber Orchestra (Florida), Richmond Philharmonic Orchestra, San Juan Symphony, Springfield (Ohio) Symphony Orchestra and New Haven Chamber Orchestra, among several others. She has performed with trumpet soloist Jouko Harjanne at the Lieksa Brass Week in Finland, where she also served on the jury of the Lieksa International Trumpet Competition. At The Banff Center in Alberta, Canada, she performed Vivaldi’s Concerto for 2 Trumpets with trumpeters Jens Lindemann and Ryan Anthony. She was also awarded the Public Prize from the Perrenoud Foundation International Music Competition. Bowden frequently performs in recital both in solo programs and as the Dash Duo with her husband, trumpeter David Dash. Bowden and Dash teach at the University of North Carolina School of the Arts, Dash as the Assistant Professor of Trumpet and Bowden as a Resident Artist. Bowden is also Assistant Professor of Trumpet at Shenandoah Conservatory.

Bowden is a founding member of both Seraph Brass and the Chrysalis Chamber Players, a recipient of a Yale Alumni Grant. Seraph Brass, First Prize winner of the 2019 American Prize in Chamber Music, was the guest ensemble at the 2019 International Trumpet Guild Conference in Miami, Busan Maru Music Festival in South Korea, was the featured ensemble at the International Women’s Brass Conference in 2017, and at the Lieksa Brass Week in Finland in 2017 and 18. The group’s debut album, Asteria, released on Summit Records in 2018, won the Silver Medal Global Music Award.  Bowden and other members of Seraph Brass performed many dates on Adele’s 2016 North American tour.

Bowden has collaborated in chamber music programs at the Marlboro Music Festival, Lakes Area Music Festival, The Banff Centre and at the Sydney Opera House (under the baton of Håkan Hardenberger). She has served on the adjunct faculty of Virginia Commonwealth University and at The Curtis Institute of Music’s Young Artist Summer Program.

An experienced orchestral musician, Bowden is currently Principal Trumpet of the Artosphere Festival Orchestra and a member of the Iris Orchestra. She has served as Principal Trumpet of the Sarasota Opera Orchestra, Lakes Area Music Festival Orchestra, New Zealand’s Auckland Philharmonia, the Daejeon Philharmonic in Korea, and with Seraphic Fire’s Firebird Chamber Orchestra. At the Lucerne Festival in Switzerland, she held the principal chair in Pierre Boulez’s performance of Mahler’s Symphony No. 6, which was released on CD in 2011. The Luzerner Zeitung described her playing in one word – “outstanding.” Bowden is also a member of the Richmond Symphony Orchestra.

Bowden began full-time college studies at the age of 14, receiving an Associate degree from the Joliet Junior College. Subsequently, she earned her Bachelor of Music degree from The Curtis Institute of Music, where she studied with the principal trumpeter of the Philadelphia Orchestra, David Bilger. She was awarded her Master of Music degree in 2006 from the Yale School of Music where she studied on a full scholarship with trumpeter Allan Dean.