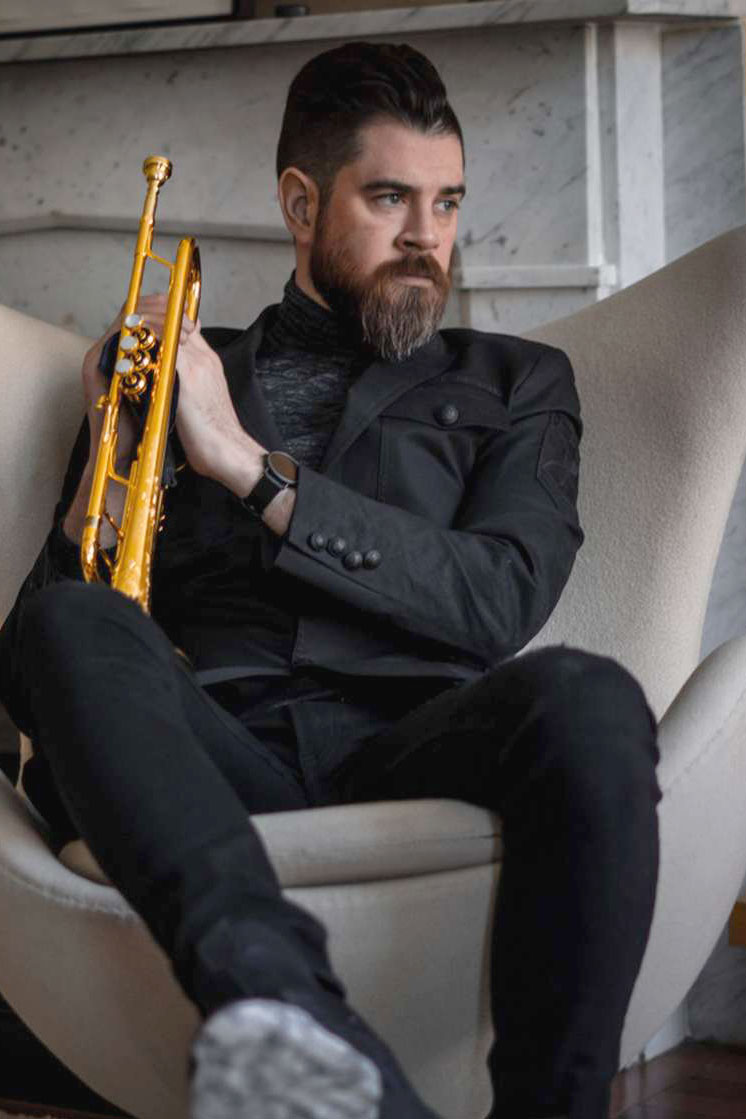 Nathan Warner is one of the world’s most versatile living trumpeters. From screaming lead to tender chamber music to powerful orchestral playing to sensitive jazz improvisations, his strength of tone and musical sensitivity have led his adventure to many distant reaches of the musical universe.

Warner was raised in South Bend, Indiana and began his trumpet studies at the age of ten. He attended the prestigious Interlochen Arts Camp, where, in his second summer, he was the winner of the coveted Governor’s Scholarship. Mr. Warner completed his Bachelor’s Degree in Jazz Studies on full scholarship at the Indiana School of Music, where he studied with Dominic Spera, John Rommel, David Baker, Edmund Cord and William Adam. He completed his Master’s Degree in Classical Trumpet Performance at the Manhattan School of Music, under the tutelage of Vincent Penzarella of the New York Philharmonic. Warner earned his Doctor of Musical Arts from Stony Brook University where he studied with Kevin Cobb of the American Brass Quintet.  Mr. Warner has performed with Lady Antebellum, Peter Cetera, Doc Severinsen, Clay Aiken, Lauren Daigle, Alejandro Sanz, Slide Hampton, Jon Faddis, Lou Marini, Patti LuPone, The Four Tops, Kurt Masur, The Temptations, Frederick Fennell, Olivia Newton-John, Frankie Valli and the Four Seasons, The Glenn Miller Orchestra, Allen Vizzutti, Butch Miles, Kirk Whalum, and Chris Vadala among others. For fifteen years, he resided in Manhattan, where he was in demand as a classical, orchestral, commercial, big band and jazz performer. He has performed on multiple Broadway shows, including Gypsy, Spider-Man, and Aladdin. Two presidents have attended performances of his.

Also an in-demand educator, he is a champion of music education for inner city youth.  Mr. Warner was the music teacher at St. Mark the Evangelist School in Harlem and has worked with the Midori and Friends Foundation. In addition, he has worked for the New York Pops Orchestra Outreach Program and the Hartwick College Summer Music Festival and Institute. Warner is a founding member of the Sugartone Brass Band, one of the most innovative and forward-reaching ensembles of its kind. He also founded the San Marco Brass Quintet which was the resident brass group for the Cathedral of Saint John the Divine, the world’s largest gothic cathedral, from 2009-2012.  In 2010, he was a soloist with the South Bend Symphony Orchestra in a performance of Alexandra Pakhmutova’s Concerto for Trumpet and Orchestra, reprising the same piece with the Southern Adventist University orchestra in 2016. Warner has been the trumpet player and horn arranger for the hit group, ESCORT, since its inception in 2009; this group has been featured several times in Rolling Stone Magazine.  He has served on the faculties of the New York Summer Music Festival, the Manhattan School of Music Pre-College Division, the City College of New York, and Lee University in Cleveland, TN.